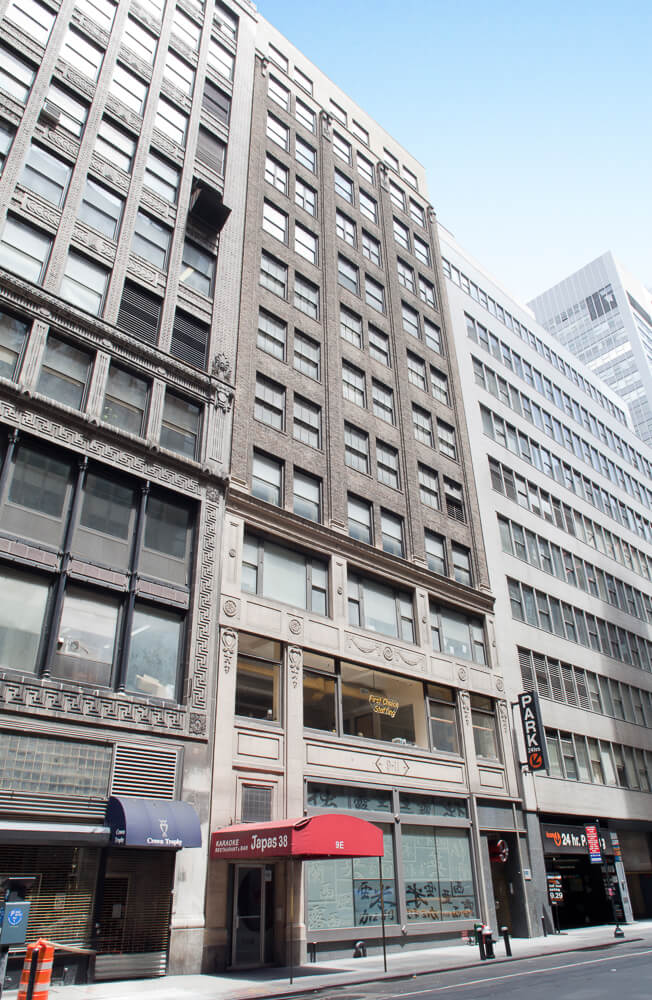 A joint venture between ClearRock Properties and Juster Properties has acquired two adjacent Midtown buildings from Yeshiva University for $29 million, according to a press release issued by the two development firms. ClearRock also bought a third building from Yeshiva for $58.5 million in partnership with the Carlyle Group. The deals were confirmed in February by Massey Knakal Realty Services, which represented the seller, but the buyers were not revealed.

The partners purchased 9 East 38th Street, a 93,700-square-foot, 12-story office building, and 14 East 39th Street, a 7,400-square-foot commercial townhouse with 22,200 square feet of air rights. Both properties are located between Madison and Fifth Avenues, within the confines of the city’s upzoning proposal for Midtown East.

ClearRock will invest $10 million in capital improvements on the two buildings, including a new lobby and elevator upgrades.

“The redevelopment will give companies wanting to be near Grand Central a polished, boutique option at reasonable pricing,” said ClearRock Principal Steve Grant.