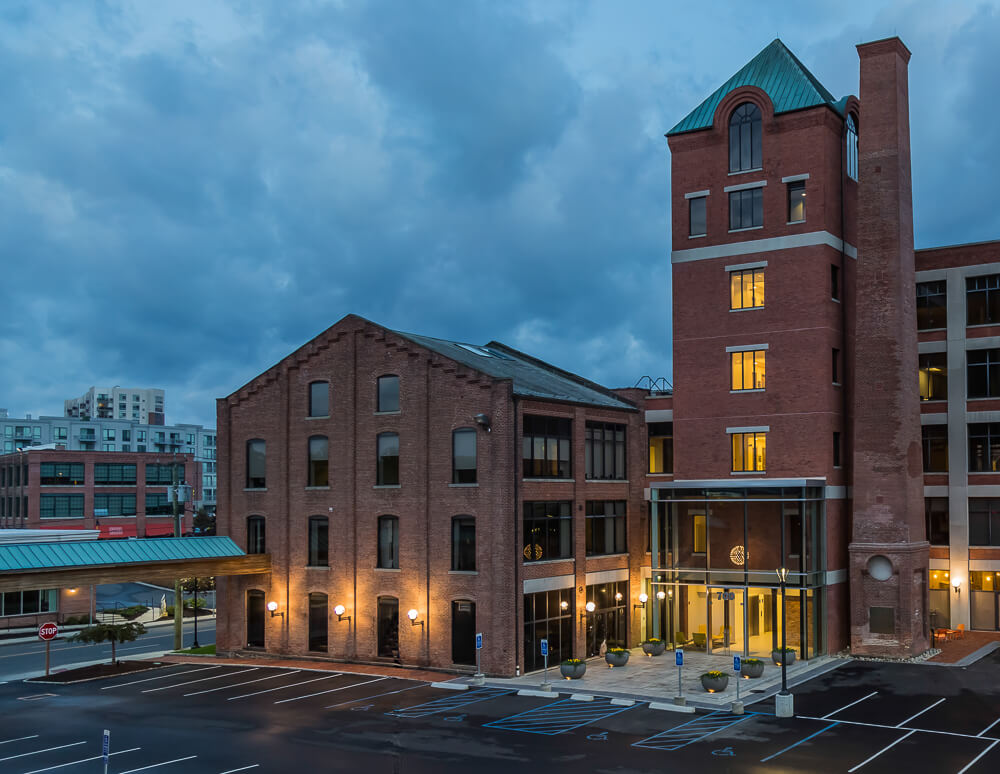 ClearRock Properties has taken on two new investment partners in the 250,000-square-foot Harbor Square complex on Canal Street in Stamford’s South End, leaving open the possibility of converting one commercial building fronting the water to residential use.

Gottesman Real Estate Partners and Mountain Development have joined the ownership group for the buildings at 700, 850 and 860 Canal Street in Stamford, with deal terms not immediately disclosed.

In 2012 alongside Contrarian Capital Management, ClearRock bought a non-performing loan on the site, which at the time included an adjacent building at 880 Canal Street the firms subsequently sold to Cornell University Veterinary Specialists.

The earlier loan was held by an affiliate of Antares Investment Partners, the original developer of the Harbor Point district in Stamford’s South End that was taken over in 2007 by Building and Land Technology (BLT).

ClearRock, which has been run since 2009 by Doug Winshall and Steve Grant, also owns equity stakes in One Dock Square in the South End, 75 Holly Hill Lane in Greenwich and 55 Post Road Road West in Westport. The South End offers continuing appeal given its loft-style buildings, proximity to mass transit, and BLT’s ongoing development of Harbor Point that has resulted in a “funky cool” feel to the neighborhood, Winshall said.

“For me, the interesting thing is it’s got a long way to go,” Winshall said. “We cover Boston down through Washington, D.C., and there are very few places that fit our criteria. The South End is one of them, and that’s why we doubled down.”

After renovations, occupancy at 700 Canal Street reached 80 percent, with 850 Canal Street at 85 percent occupancy and 860 Canal Street currently empty in anticipation of a redevelopment. Winshall did not rule out a conversion of that property for residential use.

The new ownership group has won a new tenant early on in United States Beverage, which secured a lease for nearly 7,000 square feet of space at 700 Canal Street. The developers hope to also draw a retailer or restaurant to ground-floor space it has available.

Taking over as property manager is Mountain Development, which also owns 500 Bic Drive in Milford, One Waterview Drive in Shelton and Merritt 8 Corporate Park in Stratford. Harbor Square leasing is being handled by the Stamford office of CBRE.