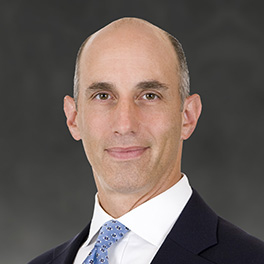 Prior to co-founding ClearRock Properties in 2009, Steve spent 10 years as a Managing Director at Tishman Speyer. At Tishman, he led various activities including global leasing and property management. Steve was also an executive in the firm’s equity capital markets group, and served on the firm’s development committee. Within his various roles, Steve was involved in dozens of acquisitions and developments in the U.S., Europe, India, China and Brazil.

Before joining Tishman Speyer, Steve partnered with Doug Winshall to establish the Trizec Properties office in New York. From 1997 to 1999, Doug led the growth of the Northeast region to 8.5 million sf. Steve conceived and executed the re-development of 1460 Broadway from a deteriorating textile building to one fully occupied by Skadden Arps.

Prior to Trizec, Steve spent nearly five years at LaSalle Partners, lastly as a Vice President of the landlord leasing and property management group in midtown and downtown Manhattan. Prior to business school, Steve worked for Colonial Consulting – an institutional consultant, serving pensions, endowments and foundations.